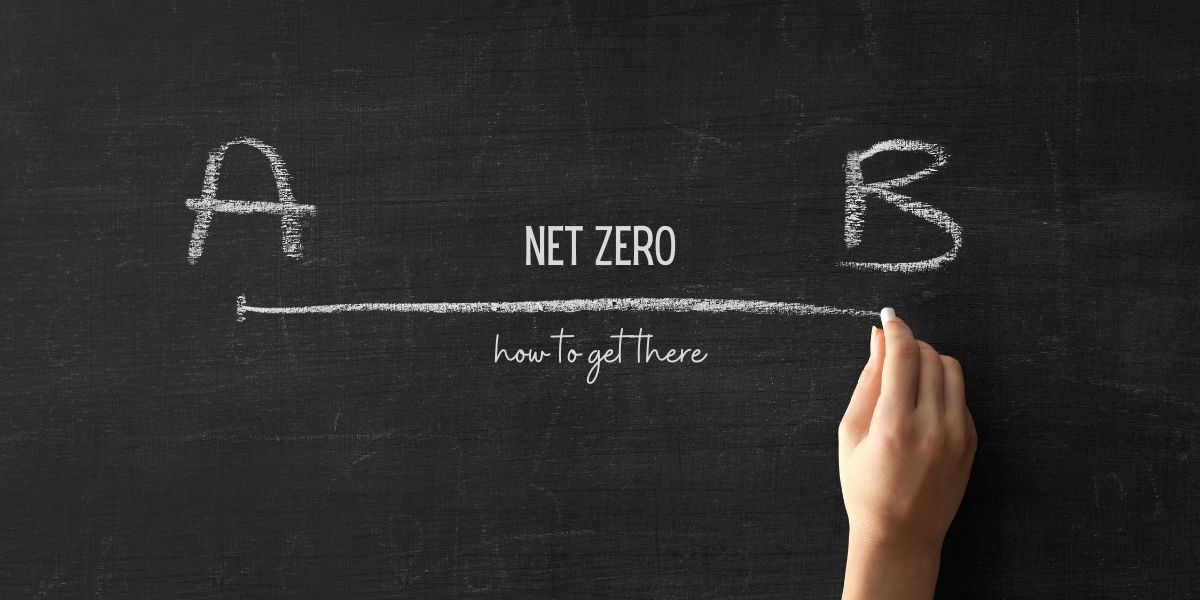 Scientists and global leaders agree–climate change is happening. And the leading culprit for rising temperatures is our carbon emissions. They tell us the solution to stop the temperatures from rising to drastic levels is to reach net-zero emissions.

However, when you look at where we stand now, net-zero emissions seems like an insurmountable goal. So what is the actual plan?  We’ll explain the steps governments, businesses, and individuals like you are taking to halt the global rise in temperatures and protect planet Earth.

What Is Net Zero Emissions?

Before we start talking about how we are going to reach net zero emissions, let’s take a moment and explain exactly what net zero means.

Much of what we do in our daily life, be it driving a car or using electricity, creates greenhouse gases, often referred to as emissions. These gases, like carbon dioxide, are added to our atmosphere. As the levels of these gases in the atmosphere rise, they trap heat like a greenhouse. And this makes the planet warmer.

But there are ways to remove greenhouse gases, like planting trees. So rather than try to eliminate all emissions, the idea behind net zero is to make sure there is a balance between how much carbon dioxide is going into the atmosphere, and how much is removed.

And that’s where we stand right now. The water is rising in the tub. Temperatures have already risen one degree Celsius since pre-Industrial times. And if nothing changes, they are projected to rise another 3-5 degrees Celsius over the next century.

Over 195 countries signed on to the Paris Agreement in 2015. This legally-binding treaty limits global warming to 2 degrees (but preferably 1.5 degrees) Celsius from pre-Industrial temperatures. In order to reach this goal, we must achieve global net zero carbon emissions by 2050. And while that goal may seem daunting, it is possible, according to a report, Net Zero by 2050, released by the International Energy Agency.

The Plan For Net Zero Emissions

In order to achieve the goal of net zero emissions by the middle of this century, it will require that governments, businesses and individuals all work together. Since the U.S. is the second largest producer of carbon emissions, we have an obligation to do our part in the global race to net zero.

The first step is to move toward a reduction in emissions. The UN tells us we must reduce our current emissions by 45 percent by 2030 to keep the global temperature from climbing more than 1.5 degrees Celsius. To do that, we will need to embrace renewable energy and switch to low-emission electric vehicles. Beyond that, we must seriously begin to look at ways we can sequester carbon–by planting trees, engaging in sustainable farming practices, and geologic carbon sequestration, to name a few.

One of the key factors to achieve net zero emissions is a dramatic shift in the energy industry. We must change our reliance from emission-heavy fossils fuels to clean renewable energy sources. The U.S. Department of Energy states, “Currently, nearly 40% of all carbon dioxide pollution comes from power plants burning fossil fuels to create the energy we use every day.”

Think about that for a minute–nearly 40 percent! That’s a lot of emissions that we could cut by switching to renewable energy.

Using photovoltaic panels, we trap the energy from the sun and convert it into electricity to power our homes and our buildings. When it comes to renewable sources, the sun is where it’s at. Unlike petroleum products, we don’t have to worry about running out of sunlight.

The wind is another renewable energy source we are relying on to help us achieve net zero by 2050. In addition to making solar more affordable, the DOE plans to install offshore wind turbines with the intent of generating 30 gigawatts of power. That’s a lot of power! (It only took 1.21 gigawatts to power the time machine in Back to the Future!)

In fact, that’s enough power to provide clean energy to power over ten million homes. Beyond that, it will eliminate a whopping 78 million metric tons of carbon dioxide pollution!

By moving towards using more renewable energy, we can begin to minimize our carbon emissions. But changing the energy sector is only one part of the equation. Let’s examine another.

According to the EPA, vehicle emissions account for 29 percent of U.S. greenhouse gas emissions, making them one the largest sources of U.S. emissions. And between 2009-2019, those emissions rose rather than declined.

However, making a change towards electric vehicles can help dramatically cut down on transportation emissions. The IEA suggests we need a huge increase in the adoption of electric cars to be on track to achieve net zero by 2050. While electric car sales are currently around 3 million, the IEA says sales need to reach 56 million by 2030 to maintain the net-zero pathway.

The great thing is, as we move to cleaner energy, these cars are being powered by solar or wind as well. You can check out our net zero renovation and see how we are able to power both the house and an electric car with our solar system.

Up until this point, we have talked about ways to minimize our emissions. But what about those emissions we can’t eliminate? Because remember, this isn’t about gross zero—no emissions at all–this is about net zero and balance. We achieve that balance with carbon sequestration.

Carbon seque-what now? You ask. Carbon sequestration is a fancy word for the removal or capture of carbon from the atmosphere to store it someplace else. This can happen naturally or artificially. It’s natural for there to be some carbon dioxide in the atmosphere. We and other animals exhale it every time we breathe. The problem is that too much carbon dioxide is being released with emissions. And natural processes can’t keep up.

Before we examine artificial methods, let’s look at natural methods of carbon sequestration we can implement.

Deforestation around the globe is not helping us reach net zero. We need to stop deforestation and plant more trees. Proper forest maintenance can help us achieve great carbon sequestration in our forests.

While planting trees may seem like a small step, it is an easy way anyone can help bring us closer to net zero emissions.

As we mentioned, trees are just one way that nature sequesters carbon. Soil is another. Long overlooked, soil is an abundant carbon sink. However, modern farming practices, such as tilling, release much of that stored carbon back into the air.

Returning to more sustainable farming practices that don’t involve tilling and allowing the land to lie fallow, will go a long way toward helping sequester carbon in the ground. New trends in regenerative agriculture are drawing the public’s eye to the role soil can play in fighting climate change. There’s even a documentary about soil, Kiss the Ground, narrated by Woody Harrelson on Netflix.

Not only does sustainable farming help with carbon sequestering, but it can also help improve food security. This is especially important in developing countries that are more likely to suffer from the effects of climate change.

Unfortunately, nature can only do so much to fix our mistakes. When we can’t find natural solutions, then scientists look for technological solutions. Geological sequestration is an artificial means of sequestering carbon.

With this process, they store carbon underground in geological formations. Normally, the carbon dioxide is transformed from a gas into a liquid. The liquid is then pumped into porous rocks, where it is stored.

Geological sequestration is just one artificial means used to remove carbon from the atmosphere. Scientists continue to investigate new ways to sequester carbon. In order to achieve net zero by 2050, we must work not just on reducing emissions but on increasing sequestration as well.

While it may seem like a steep hill to climb, experts say the pathway to net zero emissions by 2050 is possible. But to achieve that goal, governments and businesses around the world will need the cooperation of individuals like yourself. And it is not enough for us to rely on government regulations to solve the problems. We must hold governments and businesses accountable to maintain their commitments to climate change.

But there are steps you as an individual can take to help us reach that goal. One of the easiest steps is to work on reducing your energy consumption. Turn off your lights when you leave the room, or turn your air conditioner up by a degree or two. Practicing energy efficiency is always a good habit to have (it saves you money, too).

If you want to take it one step further, you can look into converting your home to a net zero energy home. As we mentioned, solar power is only getting more affordable, making the dream of clean energy attainable for the average family. You can combine your net zero home with an electric vehicle to be a true eco-warrior.

But don’t forget the sequestration part of the equation because, as we mentioned, reduction isn’t enough for us to reach net zero. So plant some trees. Your children will thank you for it. And support regenerative farmers. By shopping at local farmers markets, you can meet farmers who are working to preserve our soils and help fight climate change.

Working together, we can achieve the goal of net zero emissions. But it won’t be easy. However, by following the action plan outlined by experts, holding businesses and governments accountable, and with everyone doing their part, we can halt the rising temperatures and take the first steps towards fighting climate change. 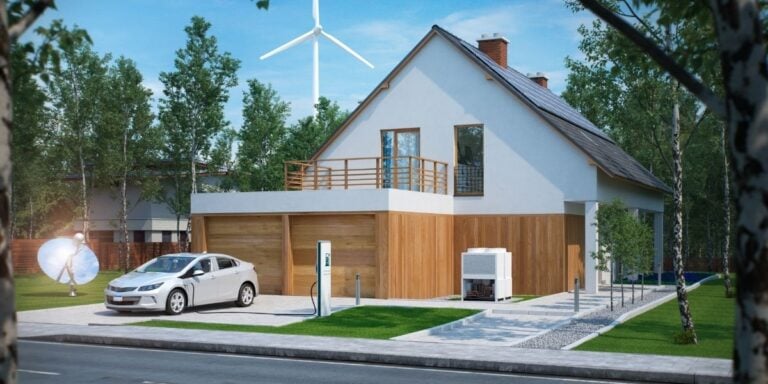 Once relegated to the domain of ‘tree-hugging’ environmentalists, net-zero homes are now gaining popularity with every passing year, with their financial, ecological, and health benefits finally getting the recognition they deserve. 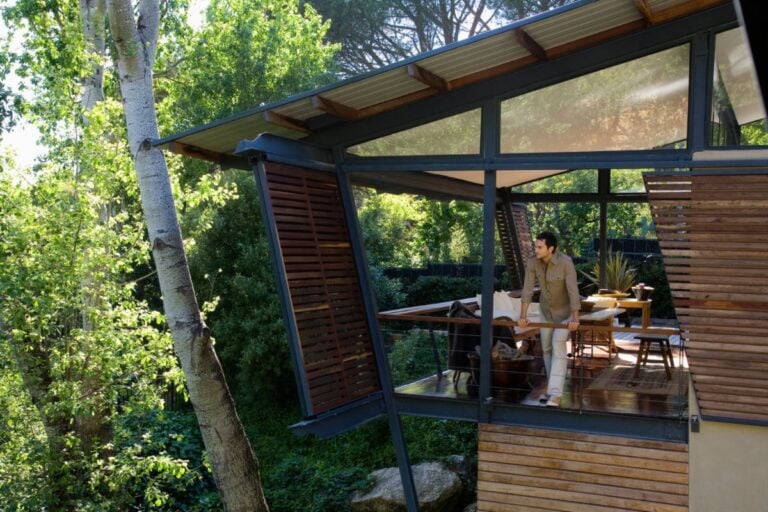 Windows are a vital component in any residential space. They allow the property’s interior to receive natural light from outside while shielding it from weather elements.
Many homeowners have begun investing in large windows to maximize the amount of light that enters their homes. However, this isn’t the only path to energy-efficient or eco-friendly windows.

Without a doubt, the growth of the solar industry is really picking up steam and there appears to be no turning back from here, given the lower cost and mass adoption rate. See how solar is growing across the U.S., and what states are growing the fastest.

If you have a dehumidifier in your home, you probably have a good idea of just how much water they end up with in the reservoir. Typically, this water gets flushed down the toilet or poured down the drain, but doing that feels like such a waste.
Many people have plants inside their homes or gardens—but can you use your dehumidifier water to water them? 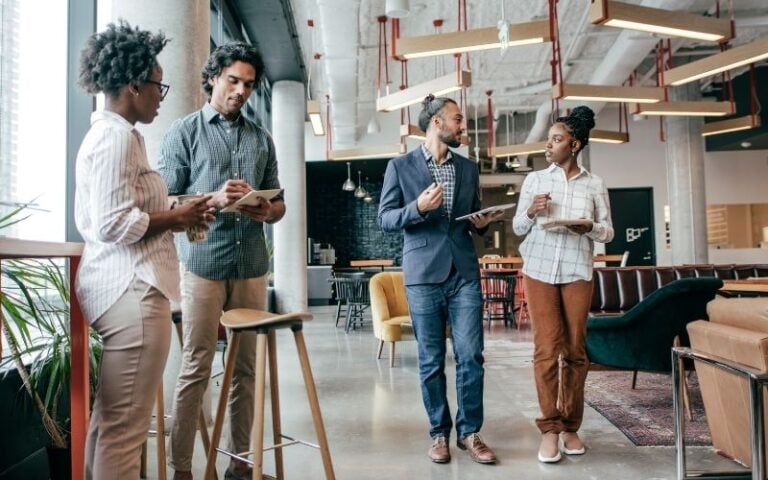 It is possible to achieve net carbon zero in your business by working with partners that help offset carbon. Although carbon offset as an industry is still in its infancy, several partners are striving towards offsetting carbon and reducing greenhouse gas emissions. 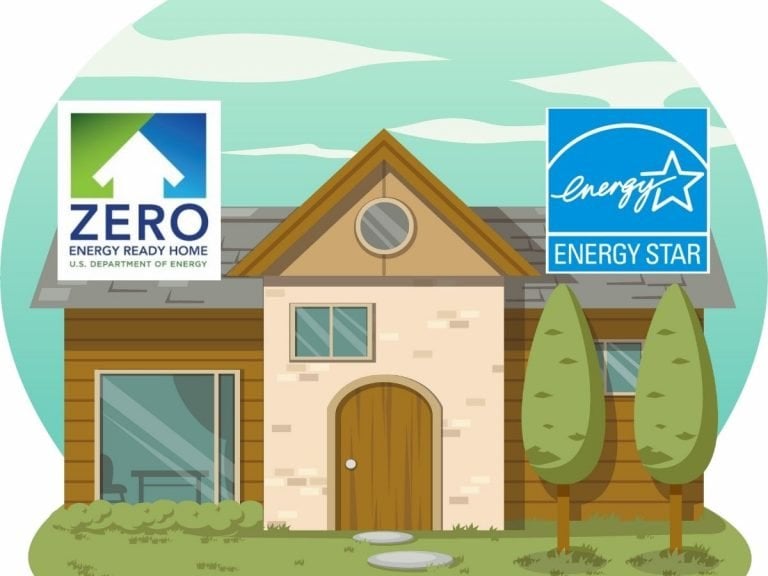 If you’re getting your home ZERH or Energy Star certified, you’ll have to meet certain standards for insulation. Here’s how to figure out what you need.