Nowadays, electricity is necessary, but it comes at a cost. Over time, power rates increase. In light of rising electric bills, many homeowners have begun thinking of little ways to cut back on the expense, such as having a neutral wire or removing it altogether.

This article will explore the role of neutral wires and if they will not help you reduce your electric bill. We will also share some tips for saving electricity.

So let’s get into it!

But first, a quick answer to the question of whether neutral wire will help you save electricity.

Does Neutral Wire Save Electricity?

Unfortunately, neutral wire does not save electricity. The wire is just a path back to the current’s source and does not impact how much wattage or power you use. However, a damaged neutral wire can negatively impact your energy consumption and power bills since it will break the electrical circuit.

Let’s consider more in-depth what exactly is the function of a neutral wire.

What Is a Neutral Wire?

Often, there are three wires involved in providing electricity to your home. These are the hot, neutral, and ground wires.

Hot or live wires carry electricity to your appliances.

Ground and neutral wires are often confused with each other. However, ground wires usually do not carry current unless there is a leak or damage to the cables. In this situation, the electricity or current goes through the ground wire.

A neutral wire is the return path for electricity after passing through the appliances or your home. It completes the circuit and serves as a reference point for zero voltage. Without this return path, electricity cannot flow. However, not all systems need a neutral wire.

Is a Neutral Wire Necessary?

Although we’ve said that electricity cannot flow without the neutral wire or the return path, it is optional in certain situations. For example, some hot wires can serve the purpose of the neutral wire, allowing energy to flow back and forth along the cable.

A single-phase system uses the classic one hot, one neutral, and one ground wire setup. A neutral is crucial and necessary for this circuit because it provides a return path for unused electricity.

In a three-phase system, however, three hot wires carry varying amounts of currents at different times, providing multiple voltages to one outlet or electrical appliance. If these wires also have identical charges, they cancel each other out. In this situation, a neutral wire is optional.

Three-phase systems are most commonly the best choice for large appliances, like air conditioners, motors, and washing machines. However, it is rare for all lines in a three-phase system to cancel or balance each other out, so having a neutral wire may be optimal for safety.

Moreover, a three-phase system has some advantages over a one-phase system. It is more efficient, especially for large appliances or buildings. It also leads to fewer vibrations that may damage your wiring.

If you are still confused about how these electrical systems work and how a neutral wire functions, you might want to check out this video from The Electrical Guy on YouTube:

Will a Neutral Wire Impact Electricity Use?

Since a neutral wire can be optional for some instances, is there an advantage if you opt to have one installed. For example, would it save you on your electric bill?

A neutral wire will only impact how much electricity you use if it is broken. Your energy usage depends only on how much power goes through the hot wire and how many watts you consume. Thus, removing the neutral or rerouting it will not save energy, but it may increase costs.

People across the internet have tried or, at least, thought of tinkering with their neutral wires in the hopes of saving electricity.

For a practical example, one person thought it would cut costs if they directed the neutral to the ground. However, many quickly explained that it is hazardous and illegal, and rerouting your neutral wire may even cause the electricity meter to run faster.

So, overall, removing or rerouting a neutral wire would raise your bill and increase energy usage.

While there is no way to save on electricity by altering or removing a neutral wire, there are cases where damage could lead to a higher electric bill. Quite the opposite of your goal, right?

Your electricity bill will inevitably become much higher when your neutral wire is broken, frayed, or damaged. If the circuit in your electrical system is incomplete, your well will not turn off properly, and it will use more power than it should.

This damage leads to increased costs. However, the bill will lower and return to normal once you repair the neutral wires.

Thus, it’s always a good idea to check on your wires, neutral or not, and see if there is any leak or break. Broken or damaged lines may drive up the costs and be very dangerous to you and your family.

If you find damage, do not touch it or try to fix it if you do not have experience with electrical work. In these cases, it’s best to call your energy provider immediately for a repair.

What Are Other Ways To Save Electricity?

You might keep your bill from going higher by keeping your wires in good condition and checking them regularly, but your wiring system alone cannot reduce your energy costs.

Other ways to save electricity include using bigger wires, unplugging standby appliances, using LED lights, and upgrading and using devices strategically. These steps can lead to significant long-term savings. When making substantial changes in your electrical system, seek professional help.

Use Bigger and Better Wires

Wires wider than the recommended size will reduce resistance, facilitating faster travel for the electrons inside them. Moreover, they tend to stay cooler and make upgrading your electrical system easier.

Thus, they can save you money in a lot of ways.

Certain brands may also endorse that their wires are energy-saving. That claim may be valid if their wires offer less resistance than others since the higher the opposition, the more power you lose.

However, beware of marketing tactics that exaggerate the energy-saving abilities of a product—the difference between energy-efficient and standard wires is often very minor.

Consult with your electrician if you plan to change your wiring system.

Vampire sources refer to appliances you keep plugged into an outlet, even when not in use. These devices consume small amounts of energy that can add up over time, even if the device is off.

So, remember to unplug the TV before leaving for work and keep as many of your appliances unplugged as possible until you need to use them.

LED lights are more efficient, last longer, and, overall, less costly than incandescent or other lights. They use around 75-90% less energy than other light bulbs and fixtures. According to the US Department of Energy, LED lights allow people to save about $225 (£180) annually.

Upgrade Your Old Appliances to Energy-Saving Ones

Most recent appliances on the market are much better for energy efficiency. Thus, upgrading your electronic devices and opting for more efficient ones can save you money and power.

Most energy-efficient appliances make use of inverters. Inverters avoid turning the appliance’s motor on and off constantly, allowing it to be idle.

According to Daikin, air conditioners using inverters save around 58% of energy. Other appliances that use inverters are refrigerators.

Use Your Appliances Strategically

Washing machines, air conditioners, and dishwashers can use much energy. Maximize their use by using them only when necessary.

For instance, if you only have to wash a few articles of clothing, it may be better to wait until you can have a full load.

Avoid using most of your appliances during peak hours, like in the morning or evening. During these periods, most people are at home and using electricity. At these hours, the high power demand can drive up prices (law of supply and demand).

Before making some significant changes, you may want to consult with an electrician. They can inform you whether these changes would be safe and how to implement them properly.

If you decide to work on electrical systems without proper knowledge, you can harm yourself, others, or your items. These may lead to further costs, which you want to avoid.

Neutral wires do not help in saving electricity. They are even optional in three-phase systems. However, there are ways (not involving neutral wires) to help you save on electric bills.

Tips to save electricity include installing bigger wires, turning off and unplugging unused appliances, and using inverter appliances. These may be subtle habits but are substantial in the long term. 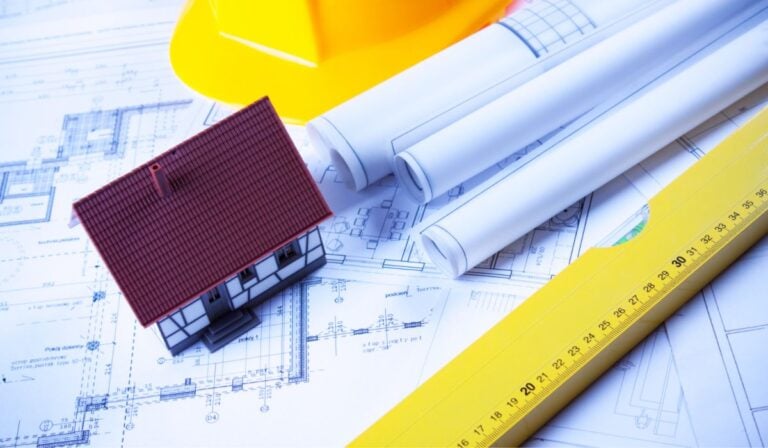 Whether building a granny flat outback or converting your garage, you want your ADU plans to be perfect. Many different resources are available to help you design your ADU to perfection.

If you insulate your home you will reduce your bills and save money over time, but insulation can get expensive. Here are 15 affordable DIY insulation ideas to try.

What is the best place to add insulation to your home? We’ve found five ways you can better insulate your home so you can be on your way to lower monthly energy bills. 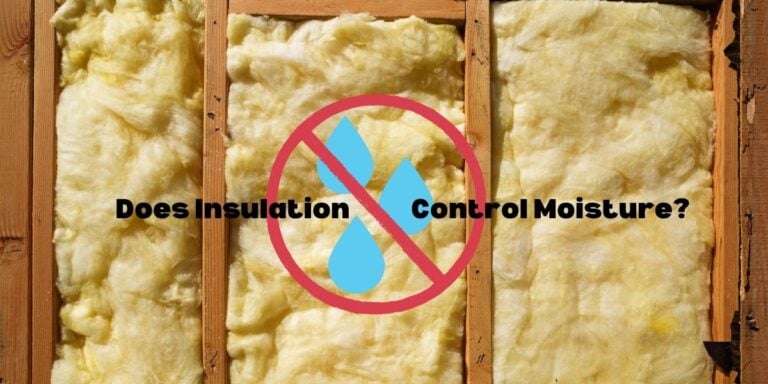 If you’re looking for ways to combat excess moisture in your home, better insulation is a good tactic. We explain why and which kinds of insulation are best. 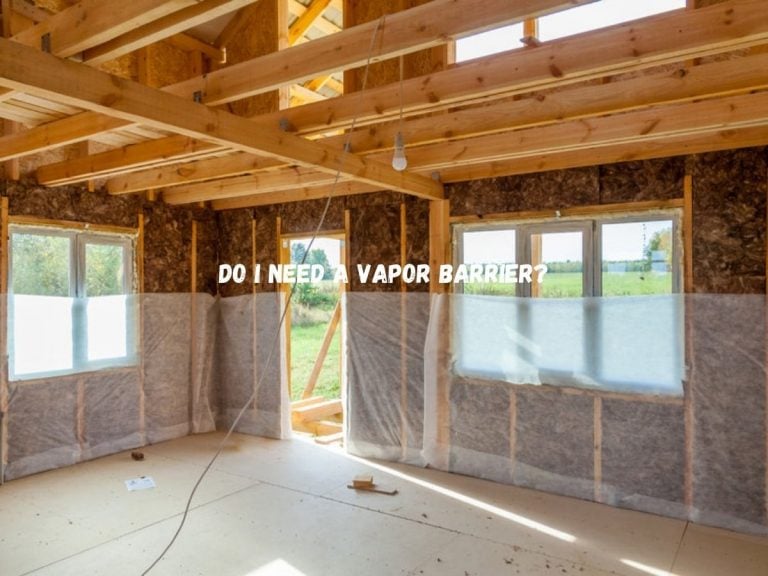