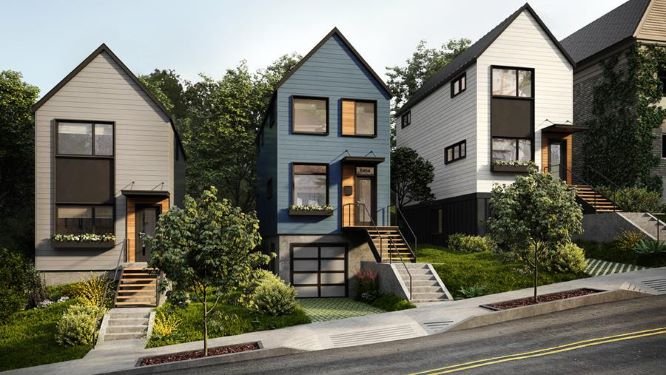 Prefab housing innovator Module is making some impressively fast progress on the first of a block of new houses in the Pittsburgh neighborhood of Garfield. Check out their time-lapse video below to see the main structure of a house take shape in just a couple of days:

Module is partnering with the Urban Redevelopment Authority of Pittsburgh, among others, to build two single-family homes plus a duplex. One of these is being built with the help of grants that will make it available for a lower-income family, helping to keep the neighborhood economically diverse.

Bloomfield-Garfield Corp. has been encouraging new construction and renovation to provide affordable housing in the area since the ’80s, with a philosophy that home ownership is crucial to the health of the neighborhood. Executive director Rick Swartz is enthusiastic about Module being the first developer in decades to want to build without the help of subsidies: “We now have a developer who’s going to build two homes in Garfield that are going to be market rate, and he’s not looking for a subsidy,” Swartz said. “For us, that’s something of a milestone. It tells us there are people who want to live in Garfield and pay market rate. We have people competing to buy houses. We never had that before.”

Pittsburgh Mayor Bill Peduto is also excited about the “… opportunity to create 21st-century housing, to create a company in Pittsburgh that will employ people to do it and is a part of the modular movement that’s happening on a global basis.” Read the whole story and see more pictures of the groundbreaking ceremony here.

We’re excited about Module because they are, indeed, creating 21st-century housing. Their pre-fab homes are ready for the future. As the name suggests, they’re modular, constructed offsite and quickly assembled on-site, reducing costs. They’re also easy to customize and add on to if the homeowner’s needs change.

Looking forward to the day when net-zero homes are the rule rather than the exception, all Module’s homes are built to Zero Energy Ready Home Standards, as well. We hope to see many more successful projects from Module in the coming years!

If you’d like to check out some more awesome prefab / modular homebuilders in Pennsylvania, check out this list we researched here!

Wind power is a top source of green energy for anyone looking to reduce their carbon footprint, and harnessing it has never been easier, thanks to small turbines. Small wind turbines make it cheaper and easier to harness wind energy, but you need a reliable unit to sustain your power needs. 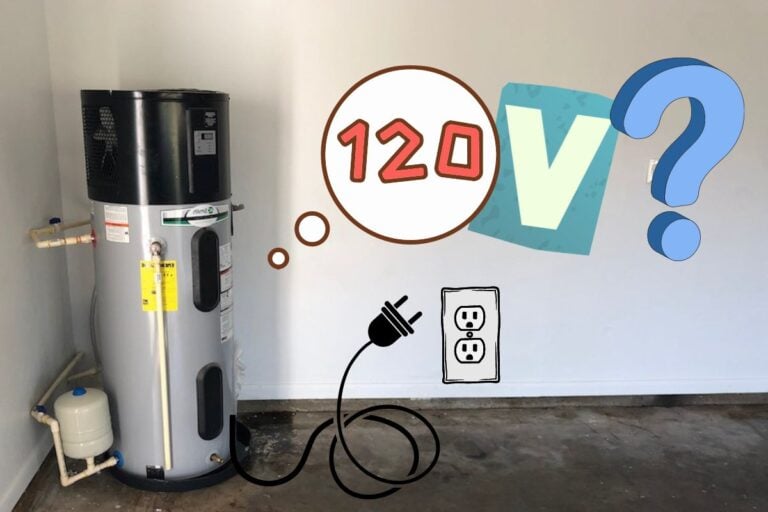 Electric water heaters are notorious for needing the rewiring to provide a 240-volt outlet capable of powering them. Not only is this bad for the environment, but it is also a hassle to install and costs a lot to run. Thankfully, new developments in water heater technology are changing this—they’re called heat pump water heaters.

Cooling a house is one of the most significant expenses the average homeowner faces each year. It can account for more than half of a home’s energy bill and about 12% of the United States’ total energy consumption.
Reflective roof paint can help homeowners save energy and money. 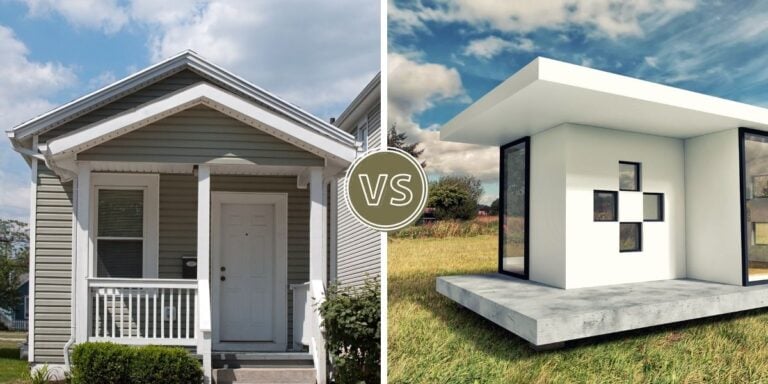 An accessory dwelling unit (ADU) can be tiny, and some tiny homes could be ADUs. But there are still some important differences you should know about ADUs vs. tiny homes. 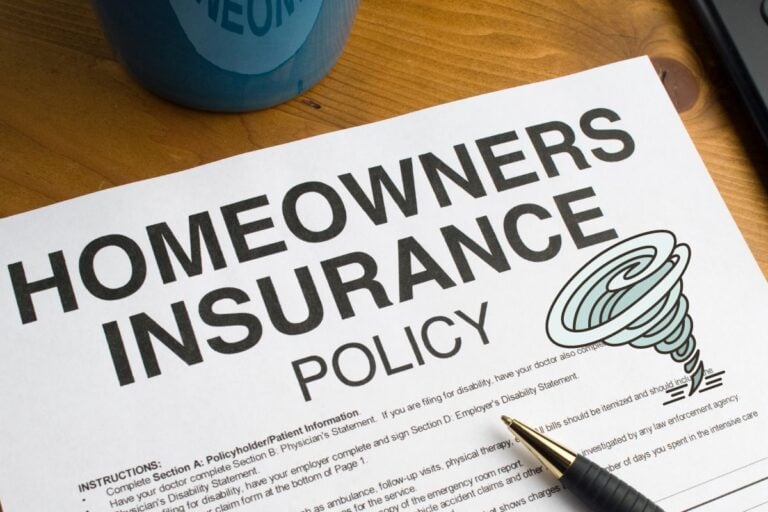 When a hurricane blows through the area, you need to know what your insurance covers and what it does. This guide will tell you.

If you’re wondering about the feasibility and benefits of a metal roof, you’re not alone.
Modern metal roofs are considered an excellent option for replacements and new installations. That’s because they are energy-efficient, weather-resistant, and highly durable.