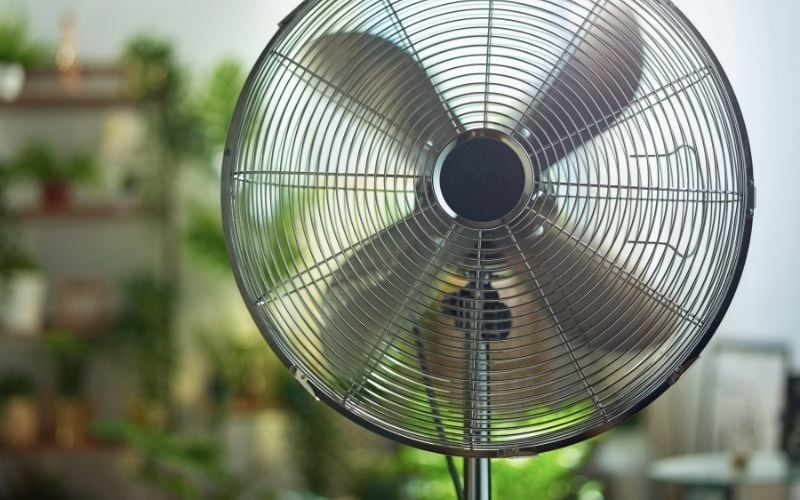 Maintaining cool and fresh surroundings is essential for a comfortable life in the sweltering summer heat. It is crucial to have a dependable helper to beat the unbearable heat.

Ceiling fans have become the top cooling choice for several homeowners in the US, and it doesn’t come as a surprise. Brilliant energy efficiency, low maintenance requirements, and ease of use are the best features of these machines.

However, they offer a whole lot more. As a plus, a thoughtfully selected ceiling fan can enhance your space’s design and visual appeal.

While ceiling fans might appear as basic devices, there are certain design elements you have to pay attention to when selecting the right one. One of these is the difference between DC and AC fans.

DC and AC fans are distinguished by the current they consume. The electric motors of ceiling fans run on either direct current (DC) or alternating current (AC). The difference is that AC fans are powered by an electrical charge with a reverse flow direction, whereas DC fans work with a continuous flow.

This article will compare the other main differences between the two with a particular focus on eco-friendliness.

AC vs. DC Fan: Which Is More Eco-Friendly?

DC fans are largely considered superior to AC when it comes to the eco-friendly aspect because they use considerably less power than AC fans. DC-powered fans use up to 50-70% less energy to generate the same result as regular AC fans, making them an incredibly eco-friendly choice.

A DC-powered fan of, let’s say, 25 watts produces similar results as an AC-powered fan of 100 watts. This energy efficiency is perfect for both residential and commercial settings, such as restaurants, enabling you to run the fans throughout the day without massive electric bills.

Can You Use Solar Power to Run DC or AC Fans?

Solar energy is a renewable source of energy that has a minimal impact on the environment compared to any other source of energy. It doesn’t produce greenhouse gasses and doesn’t pollute the water.

Compared with nuclear power plants, solar energy requires 20 times less water for its maintenance. Thus, when comparing AC and DC fans, a common question is whether they can run on solar power.

The good news is that you can run both AC and DC fans using solar energy. Nevertheless, if you run an AC fan directly from a solar panel, you need to use a solar inverter. This addition is because solar panels generate DC energy that is not compatible with AC-powered appliances.

Additionally, the inverter would change the DC waves to AC waves, allowing you to connect the fan to a solar panel directly. If you don’t use a solar inverter with an AC fan, the fan’s motor will burn out quite quickly and can result in a fire.

On the other hand, if you use a DC fan, you can connect it directly to a solar panel without investing in a solar inverter.

Direct current technology has significantly advanced in the past few years and is now used for both industrial and residential ceiling fans. Moreover, DC fans are equipped with motors that use permanent magnets to attract and repel a rotor located around the axis through electronic switching.

Here are some of the advantages of DC-powered fans:

DC fans typically consume less voltage than AC fans, as most are low-voltage. For instance, you can generally find 24V, 12V, and even 5V models of DC-powered fans. Large-sized versions of these fans, including the 119mm to 172mm versions, can easily be found in 48V.

Conversely, the vast majority of the AC cooling fans models are currently available at 115V, which is a significantly higher voltage. Because of this aspect, DC fans are less dangerous than AC fans.

DC fans use a new kind (sin 180) of electronically-commutated motor. These motors aren’t just super-efficient; they are reticent. Since DC fans are incredibly quiet, they are an excellent choice for applications including telecom switches, medical instruments, etc., where noise can be a problem.

Owing to the low power consumed along with the application of advanced motor switching, the electromagnetic interference of DC-powered fans is minimal.

For instance, computer equipment and applications use DC fans to stay safe from overheating while reducing electromagnetic interference that could adversely impact sensitive applications.

You can install DC fans in areas of severe and harsh environmental conditions. Using a high-quality, dependable, water-resistant, and dust-proof model is strongly advised to allow for the safety and health of your family or staff.

Several companies, such as Pelonis Technologies, have been developing industry-leading DC-powered fans for over two and a half decades.

Inventories encompass a vast range of water and weather-resistant fans that offer unmatched water and dust protection while adhering to NASA and military material specifications, UL certifications, and USP certifications.

DC fans can offer various speed control features with minimum extra costs. This way, the fan can fulfill the airflow requirement of a particular application. You can control the fan by current, voltage, PWM signals, resistance, and temperature.

By managing the fan’s speed according to what’s needed, you can increase its lifespan and keep its airflow noise to a bare minimum.

What Are the Drawbacks of Using DC Fans?

Nevertheless, despite all its benefits, DC fans do have drawbacks.

The converter might be installed internally, or you can install it externally in the fan to effectively convert AC voltage to DC voltage to run it.

DC fans are costlier than AC fans. As mentioned, DC is a relatively new technology in the market, and DC ceiling fans only became available to the masses in 2016.

Designing, developing, and manufacturing these fans is still quite costly. Thus, the price you end up paying is comparatively higher. But despite the higher cost, DC-powered fans are more energy-efficient than AC-powered fans.

You can control AC fans using a pull cord, remote, or wall control, whereas DC fans can only be controlled by a remote. These remotes are highly likely to get broken, lost, or run out of batteries. Some DC fans are available with an optional wall control at an additional charge.

What Are the Benefits of Using AC Fans Over DC Fans?

Here are some benefits of using AC fans over DC fans.

When ceiling fans became available, they were manufactured only with AC motors. This feature was because a regular house has AC power, which is the energy supplied by the grid, as it’s easier and cheaper to generate and provide electricity this way.

Therefore, if you install an AC fan, you can just plug it into a power socket, and it’s ready to run.

AC fans generally have higher options for controllers. The design particulars of AC-powered fans enable companies to supply them with several controllers. For example, you can choose between a wall panel, remote control, or a basic chain switch.

More Models to Choose From

Ceiling fans with AC motors have been in the market for many years. Thus, there are several different models and options for you to pick from and manufacturers that have stood the test of time.

What Are the Drawbacks of Using AC Fans?

Like DC fans, AC fans also have their own set of disadvantages.

Lack of Control on Spinning Speed

Spinning speed in AC motors is mainly dependent on line frequency and the amplitude of the power source. This characteristic makes it quite challenging to maintain a specific speed, and therefore, the majority of the AC-powered fans only have up to three speed options.

Which Fan Is Suitable for You?

There are various factors to consider when choosing between an AC and DC fan. Bear in mind that certain brilliant quality ceiling fans are available with both DC and AC motors that are energy efficient while still retaining high airflow rates. Here are some things you need to keep in mind when making a decision.

Specific apartments have concrete or low ceilings. Thankfully, DC fans have low-profile options, and you can easily install them in an existing light supply. Plus, you don’t need to invest in costly wall control wiring.

As mentioned, an AC fan is a cheaper option. They are conventional-looking and come with wall control. You also don’t have to deal with damaged or lost remote controls that can cost you time and money.

Several AC fans also have a globe holder, which means you can replace the light without needing an electrician. In addition, some DC fans are now starting to have replaceable LED panels.

What Are the Best Eco-Friendly Fans You Can Use?

Here is a list of the most energy-efficient and eco-friendly fans that you can use in your home to maintain a constant airflow.

The new Luminance EcoMotor is an ENERGY STAR-rated fan that uses up to 75% less energy than other ceiling fan motors, thus maximizing energy efficiency.

A brand conceived in the 1940s, Vornado’s signature vortex air circulation technology is still used to keep air flowing in an entire room. Its new EnergySmart products are up to 80% more efficient than conventional products but just as powerful and backed by a 10-year warranty.

The Vornado 6803DC Energy Smart Air Circulator has touch-speed controls with 99 settings that enable everything from a gentle and silent flow to full-throttle airflow circulation. Additionally, there is an energy-saving timer that you can set anywhere between one and twelve hours.

This fan has a tri-blade design that offers a unique look and brilliant air movement. The simplicity of this unit makes the Craftmade Pireos a focal point in your house. Its features include dual mount installation and an energy-efficient DC motor.

When it comes to the eco-friendly aspects, DC fans emerge as the clear winners. If you are looking for an eco-friendly DC fan, make sure to check out the options listed in the article. 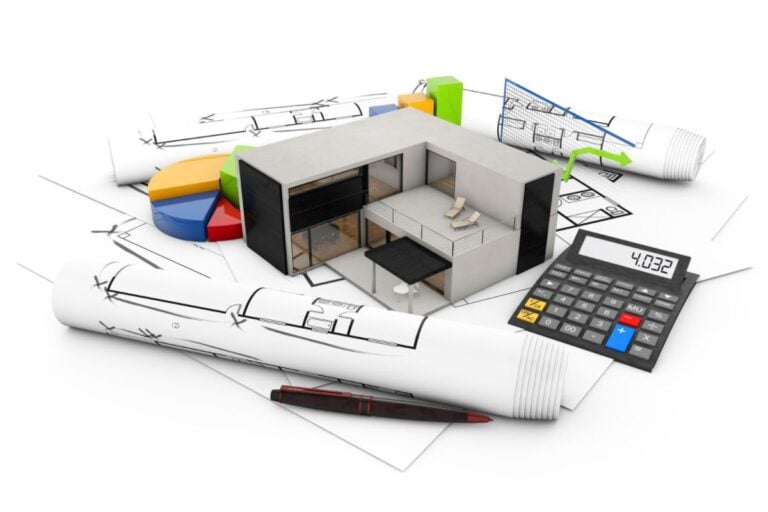 Are modular homes a good investment? It’s a question asked by many potential property buyers. Unfortunately, with the world changing so dramatically, it’s not easy to make a sound choice. 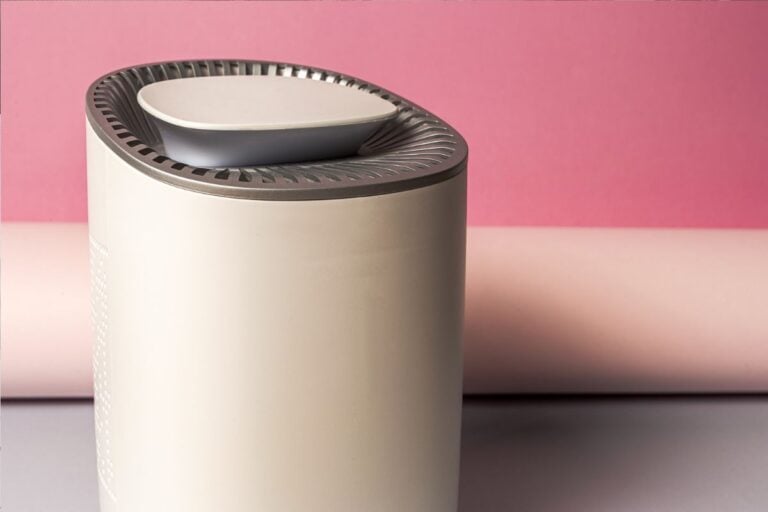 A dehumidifier can be necessary when living in tropical climates or places with high humidity levels. Working to decrease humidity and therefore increase the coolness in the air, many homeowners wonder if a home dehumidifier can actually give off heat. 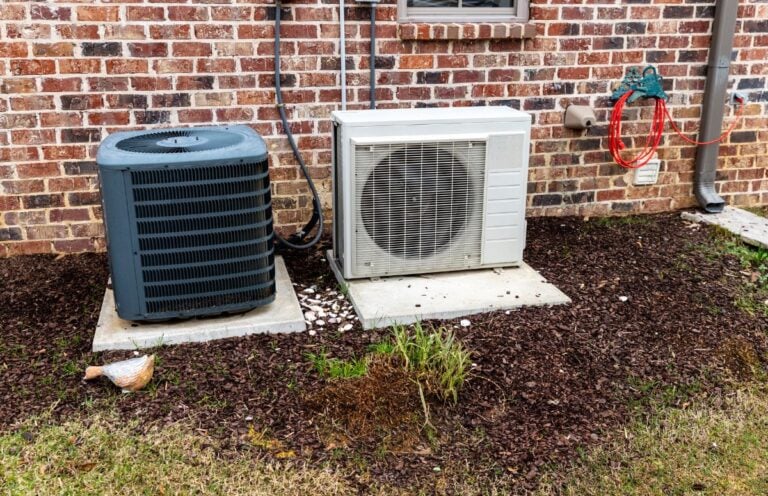 There’s a lot to consider when it comes to heating and cooling your home. For many, it comes down to what you can afford, what’s suitable for your house, and what will best meet your and your family’s needs.
However, another question you may ask yourself is: which system will reduce my carbon footprint? 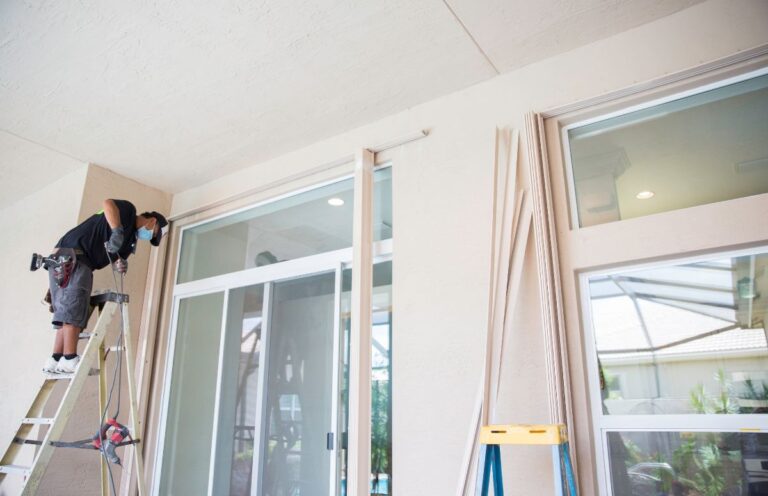 After a recent storm ripped through your neighborhood and left a path of destruction in its wake, you’re thinking more seriously than ever about safeguarding your home.
That naturally led you to hurricane windows, aka impact windows. So, how does replacing your home’s current windows with hurricane windows benefit you? 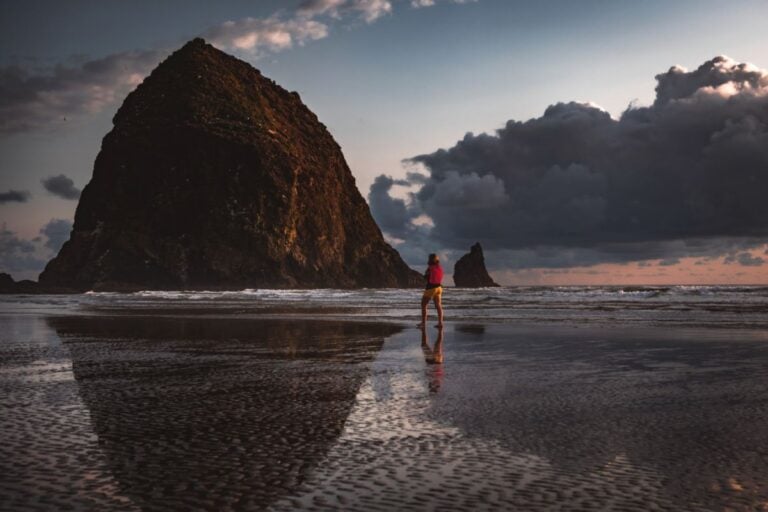 Bountiful attractions may explain a surge in Oregon’s population over the last decade, which is about three percent higher than the national average.
As a result, home prices are up in many counties as well, jumping around 20% on average in many counties throughout the state. Considering this, it may be a good idea for homebuyers to weigh the option of an efficient and cost-effective modular home. 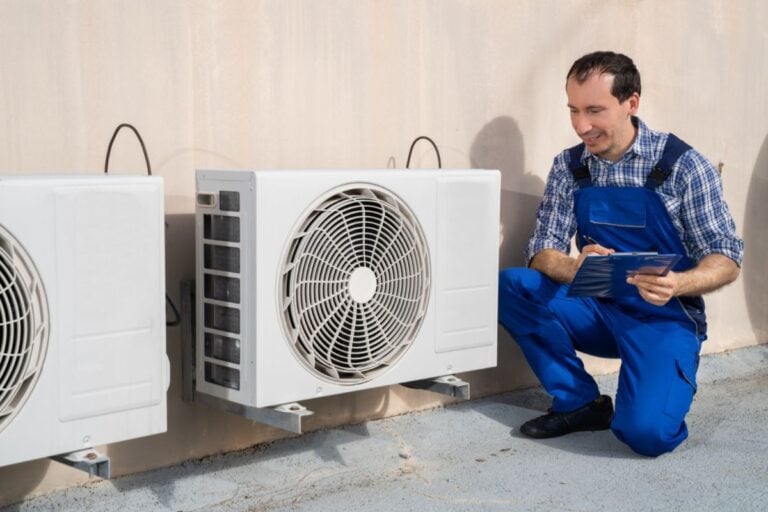 If you want to keep your home comfortable year-round with your desired humidity level and temperature, an energy recovery system could be your best option. When shopping for an ERV, choosing a suitable unit – and indeed, finding the right place to find one – can be daunting.