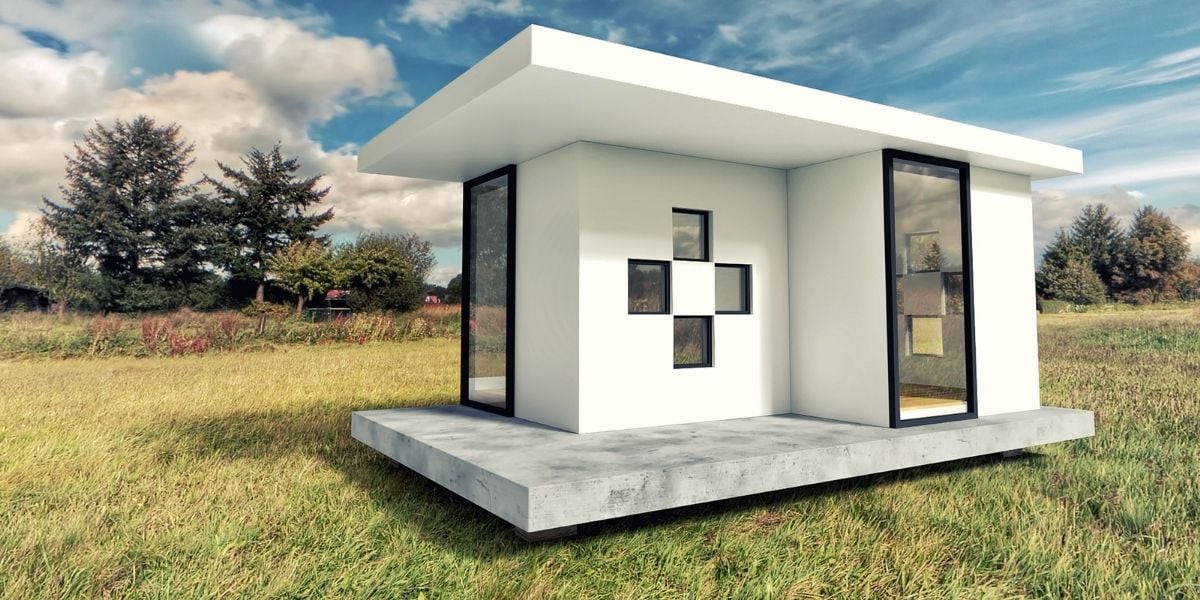 Dome-shaped homes are the most energy-efficient since they have fewer corners. This allows wind to travel over the home easily without air pressure changes, which all in all reduces air penetration and thus maintains a more even temperature. Cube-shaped homes are another good option.

In this article, we’ll talk further about why domed houses are more energy-efficient as well as their other benefits. If you’re getting a new eco-friendly home built, this is one article you’re not going to want to miss.

These Are the Most Energy-Efficient Home Shapes

Jumping right in, the home with the most energy-efficient shape is undoubtedly the dome. This half-sphere has a wide base and no corners. Energy loss tends to occur around home frameworks, so by reducing the number of corners to zero, wind travels without difficulty.

As wind can blow over the home with no complications, the air pressure remains consistent. This influences the rate of air penetration, which occurs less in a domed building. With less air penetration, the outside air cannot leak into the home, causing increases in temperature during the summer and decreases during the winter.

That’s not the only way that dome-shaped houses are greener than their angular counterparts. By installing a cupola with ventilation atop the dome, natural air can circulate more easily. If you’re not sure what a cupola is, it’s a small structure added to the tops of buildings and homes. Interestingly, it’s also shaped like a dome.

While it can seem like a stretch, igloo design is actually pretty energy efficient! Not only does it have the dome characteristics on the outside, but the snow and the dome design act as an insulator for inside as well.

You can often skip the fans in a domed-shaped property unless in hot regions. Most domed houses are single-story. Since heat rises, the warm air would travel up through the vents in the cupola and then exit the house before the interior temperature could begin to increase.

The second-best home shape for energy efficiency is a cube.

Notice how we didn’t say the shape is rectangular, as yes, there is a difference between cubes and rectangles. Unlike many homes, which feature triangular roofs, a cube-shaped home has none of that. There are also no protrusions in the forms of bay windows, turrets, bump-outs, or dormers.

Although these extra features make a home more desirable, the various protrusions throughout the home’s design significantly reduce its energy efficiency. A cube shape–while more traditional than a dome–is not so complex to create heating and cooling difficulties.

The length of the cube is the same on each side. That allows the home to ventilate well despite that it has corners instead of rounded edges. Keeping the home small is best for sustainability.

The Benefits of a Domed House

Admittedly, the idea of owning a dome-shaped house certainly takes some getting used to. That’s mostly because these homes look so unlike what you’re used to seeing, which is a house with straight lines and sharp angles.

If you’re willing to give it a chance, a domed house could be just what you’re looking for. Here are some benefits of a dome-shaped house besides the abovementioned energy efficiency.

When hunting for a new home, you like to have the best-looking property on the block. That’s part of the reason you decided to get a home built, so you can finally have the house of your dreams.

As we established in the paragraphs above, the dome shape is so unconventional that it demands attention. Some people call the unique shape an architectural marvel. Others say domed houses are Star Wars homes.

You might get a whole lot more drop-ins by your curious neighbors who want to see the interior of your home after marveling at the exterior.

In 2018, Business Insider published an article about a Southern California dome-shaped house for sale (to the tune of $5 million, might we add) that has fantastic hurricane resistance. In southern states where hurricanes are more common, this isn’t a bad feature.

Now, this house has a shell made of steel and concrete, which not all dome houses do. However, the dome shape in and of itself is weather-resistant, especially geodesic domes. These feature geodesic lines, shorter struts, and a polygonal or triangular framework.

Geodesic domes, even if they lack steel support, could withstand hurricane-force winds. It’s mostly due to the lack of flat surfaces, as the hard, gusty winds can travel around the house rather than plowing right through it.

Even snow can’t easily stick to a dome-shaped house very well due to the lack of flat surfaces.

Here’s the interesting thing about geodesic domes: the bigger they’re built, the stronger they are. You usually cannot say that about other house shapes.

By adding concrete to the mix, some experts believe that geodesic domes could withstand large flying debris such as a car. Bio-ceramic geodesic domes are incredibly fire-resistant. Once one of these homes goes up, tearing it down is not very easy.

Are you getting a new home built? Although it’s unconventional compared to what you know, a geodesic dome is awesomely energy efficient. The fortified strength, weather resistance, and attention-grabbing nature of these homes are other perks.

If you just can’t let go of an angular home with corners, opt for an uncomplicated cube shape. It’s almost as eco-friendly! 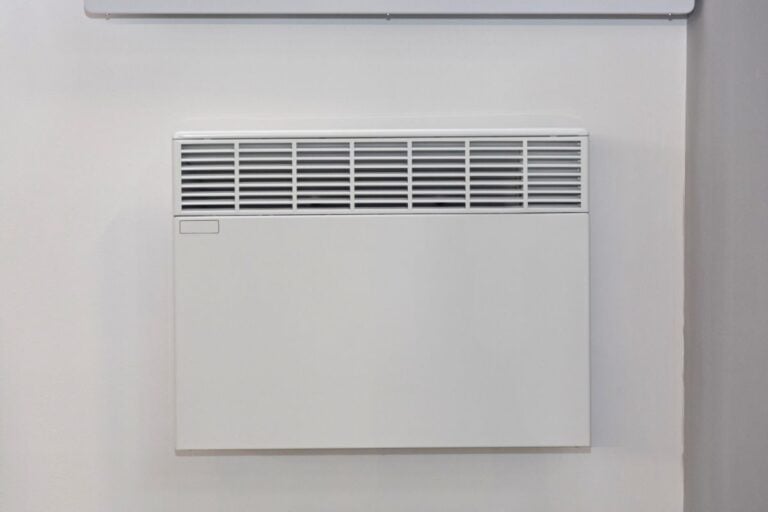 You’ve probably explored multiple heating systems if you live in a cold region where survival without one is impossible. Radiant heating panels are one of the heating options gaining popularity recently, and rightfully so.

A heat pump dryer’s excellent energy efficiency, easy installation, and gentle drying make it a great choice for your laundry needs. But you may be wondering how long it takes clothes to dry in a heat pump dryer. 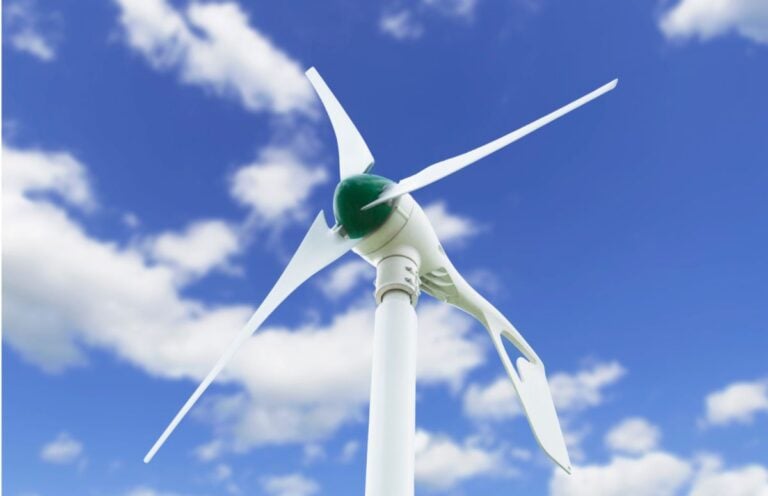 If you’re looking for a way to cut your energy bills, a small wind turbine can be a good option. But with so many brands and options, how do you know which one is right for you?

Your HVAC system helps control the moisture level in your home, but it doesn’t have to do that job alone. Vapor barriers will keep your space dry by locking moisture out when installed in notoriously damp places, like attics, crawlspaces, and basements.
However, what are the pros and cons of vapor barriers, and are they really worth it? 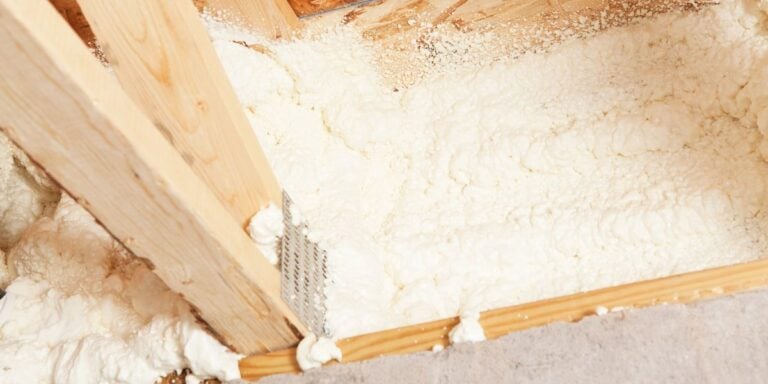 Rim joist insulation is sometimes overlooked in construction projects, but it is critical for keeping your home warm and cozy. In this article, we look at the different options for installing rim joist insulation and the pros and cons of each type.

Modular homes are becoming increasingly popular as more homeowners look for a faster and easier way to live out their dreams of affordable homeownership. Yet, there are some essential things…