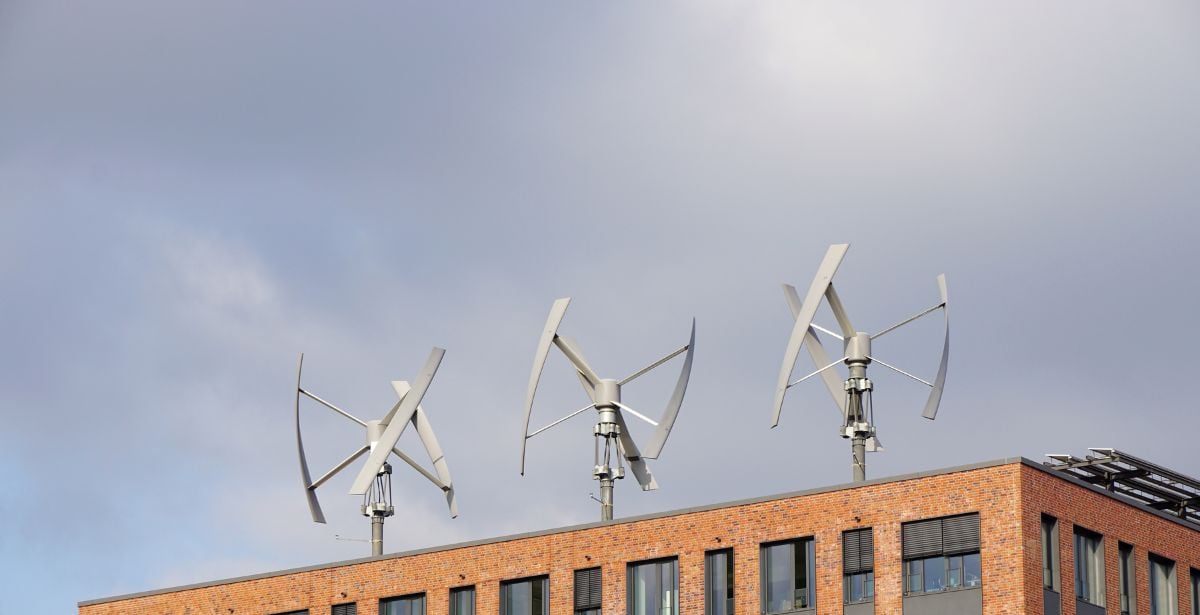 When it comes to wind turbines, bigger is generally better. While this doesn’t mean that a small rooftop turbine won’t reduce your electricity bills, the conditions needed for an efficient turbine are more specific than those for solar panels.

The rooftop seems like a perfect place for a wind turbine, but does this make sense for you?

Below, you’ll learn what makes a wind turbine efficient and if a rooftop turbine is potentially worthwhile. By the end, you should be able to tell whether or not one makes sense for you.

Installing a rooftop small wind turbine makes sense if you can get the equipment high enough and out of the way of obstacles. Of course, living in a windy area also helps. Otherwise, the installation and maintenance costs might outweigh the savings due to a lack of sustained winds.

Determining If a Rooftop Wind Turbine Is Suitable

Getting free electricity through something like solar panels or wind turbines is exciting. Still, if installed under the wrong conditions, the equipment may not meet your expectations.

That said, a rooftop wind turbine might work for you if the following conditions are met:

If you live in a rural area with few trees or houses surrounding the property, a rooftop wind turbine will be more effective than if you live in a suburb of a big city.

Additionally, if your residence is in an area that makes connecting to a power grid difficult or expensive, wind turbines could be a good alternative, especially if they’re paired with a solar panel array.

Rooftop Turbines in Cities and Towns Are Less Practical

Wind turbines perform best out in the open, where no barriers or obstacles affect the wind patterns. Given that, turbines in cities and towns tend to be less effective. A uniform wind in both speed and direction ensures that the turbine can maximize energy output.

If your home is in the middle of a neighborhood or surrounded by tall homes and trees, your turbine may struggle to capture enough wind to make it worth the money.

As noted, you’ll encounter many potential problems with a rooftop wind turbine. However, you may be able to save energy on your energy bill via these turbines (albeit not much).

Regardless, rooftop turbines probably won’t be enough to eliminate your electricity bill alone, but they’re likely to reduce it, if only by a little bit.

How Much Will You Save with a Rooftop Wind Turbine?

Rooftop wind turbine savings can be as low as $50 to $80 annually for turbines with a rated power of 1kW or less. You will save more with good wind conditions or a turbine with a higher-rated capacity.

Unfortunately, wind turbine size and weight typically increase along with the power ratings; eventually, they’ll get too big for your roof.

For example, with excellent wind conditions and a top tier system, you might see a 40-50% reduction in your bill, and the savings will be even more significant when paired with a solar panel system.

The Problems with Installing a Wind Turbine on Your Roof

There are reasons solar panels are much more common on commercial and residential buildings in cities and suburbs.

While rooftop turbines are undoubtedly capable of generating electricity and reducing your energy bills, they also have the potential to be very impractical and ineffective. Usability will vary from property to property, but it’s essential to be aware of the potential issues.

Wind Around Buildings Is More Turbulent

Turbulent wind is bad news for a small wind turbine, and turbulence is typically high around buildings and at lower elevations.

Turbulence describes wind swirling about at inconsistent speeds and blowing from different directions. However, turbines are most efficient in areas where the current is constant and uniform, and in a residential setting, these winds typically exist well above your house.

Turbulence is bad for a couple of reasons, including:

To avoid turbulent winds, you must:

Naturally, the wind is stronger and more consistent at higher elevations, which is part of the reason turbines in wind farms are so massive.

People hear this and think the roof is the perfect spot, but many just aren’t high enough to access high-quality winds, especially true for homes in crowded areas or neighborhoods with tall trees.

Small wind turbines will inevitably move and produce vibrations as the wind blows, which is particularly problematic on a roof. The vibrations transfer to the structure to which the turbine is attached, and roofs are less stable than the ground.

This application puts unnecessary strain on the turbine and the house, and over time, you might wind up with higher maintenance costs in both areas. Vibrations might be worse in older homes as well.

As mentioned, turbulence intensifies vibrations, so this is something to consider for a rooftop where turbulence will likely be higher. The size of your turbine will also be a factor, and smaller wind turbines will produce fewer vibrations.

Small wind turbine noise isn’t something you typically think about right away, but it’s something that you’ll probably have to consider.

The problems associated with noise include:

Generally, a small wind turbine won’t be any louder than your home’s air conditioner, and in many cases, common neighborhood sounds and traffic may drown out the noise.

However, vibrations also increase the noise level; if your neighborhood is tranquil, the sounds might be noticeable.

In addition to noise, neighbors may not appreciate the appearance of a small wind turbine on your roof. They don’t exactly blend in, and depending on where you live, the unsightliness of the turbine may irritate some neighbors.

As the homeowner, the sight of the rooftop turbine is something you must also behold. Unlike solar panels, which lie flat and are parallel to the roof itself, a wind turbine sticks out like a sore thumb. If this bothers you, it may not be a good investment.

Regulations May Limit or Prevent Installation

In some instances, local governing bodies may prevent or limit the installation of home wind turbines, even a small one that goes on top of the roof.

Reasons for this include:

Not every state specifically grants homeowners the right to produce their own energy; some places may even have laws to prevent it from happening.

Regardless, it’s always important to check with the appropriate governing bodies to determine if there are any restrictions.

There are essentially two types of small wind turbines you can mount to your roof:

The design of a HAWT is a little more standard. These turbines resemble an airplane propeller and rotate along the horizontal axis.

VAWTs, on the other hand, revolve around the vertical axis like a merry-go-round. Many people will claim that VAWTs are better for rooftops and other applications where elevation isn’t as high.

Generally, turbulence is less of a concern when it comes to VAWTs. This turbine design also generates fewer vibrations. However, the trade-off is that they’re typically less efficient at converting wind into energy.

As mentioned, bigger is better regarding wind turbines, so with a small rooftop system, you are already disadvantaged. Larger wind turbines reach higher altitudes, meaning more sustained winds, and the length of the blades increases the amount of current they can capture.

Rooftop turbines are severely limited in these ways, but luckily, your home requires a lot less energy than what gets produced at a giant wind farm.

Should You Get a Rooftop Wind Turbine for Your Home?

Generally speaking, small wind turbines are more efficient at converting wind into energy than solar panels are at converting the sun’s rays. However, wind turbines need a nice, sustained wind to be truly effective, and this is something you don’t always get on top of a roof.

You should get a rooftop wind turbine if your goal is 100% renewable energy production. Solar panels are often not enough, and a wind turbine might provide additional savings.

First, however, it is worth investigating wind patterns in your area and considering problems a wind turbine might introduce. Rooftop turbines won’t be ideal for everyone, and depending on your surroundings, a lack of sustained winds might make them ineffective for their intended purpose.

If you’re committed to wind energy, a ground-based small wind turbine would probably be more effective at producing energy and cutting your electricity bill.

While this style is generally more expensive, there might be state or federal incentives that reduce the impact of the installation costs.

The advantages of a ground-based small wind turbine over a rooftop setup include:

Before investing in a renewable energy system, it’s essential to consider all your options. Ideally, the system will eventually pay for itself from the energy savings, so it’s crucial to look at production estimates, overall equipment costs, and the potential payback period.

When in Doubt, Get a Professional Opinion

External factors heavily influence a small wind turbine’s production potential, so if you want to know if one makes sense for you, you can always consult with an expert.

A professional turbine installer or somebody with expertise in renewable energy projects can help you evaluate your site and determine whether or not a wind turbine would be a good fit.

In the end, they can put together an estimate that includes equipment and installation costs, estimated monthly savings, and an estimated payback period to help you determine whether the costs outweigh the benefits.

Rooftop small wind turbines can generate electricity and reduce your energy bills, but in some situations, they may not be suitable.

Homes that are surrounded by taller buildings or trees aren’t good candidates for a rooftop wind turbine. On the other hand, rural properties with an abundance of wide-open space are likely to see more energy production.

If you’re unsure whether your site is a good spot for a small wind turbine, don’t hesitate to get a professional opinion before making a long-term investment.

Dishwashers are so convenient. Rather than have to scrape off the food grime and scrub with all the elbow grease you have, you can just put your dishes in the… 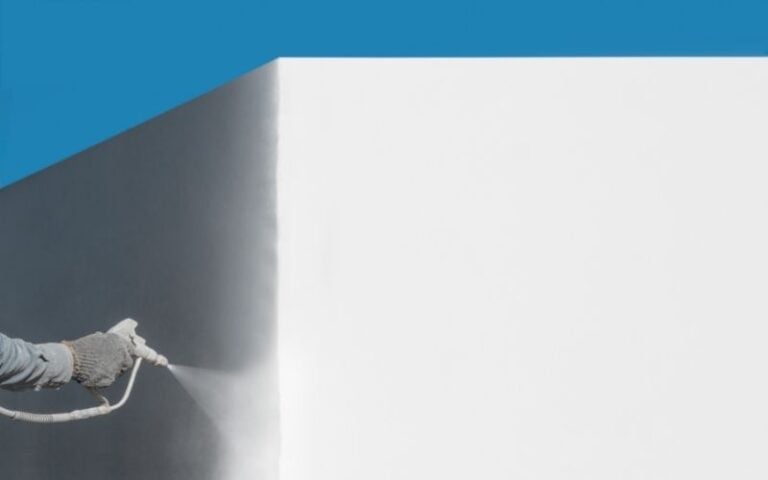 Energy bills can be a menace, especially during extreme temperatures when the need for HVAC is sky-high. The soaring costs are stressful and unwelcoming.
What if we told you there was a way to bring down unwanted utility expenses through a one-time investment? This can be achieved with radiant barrier sprays, which have become all the rage these days. 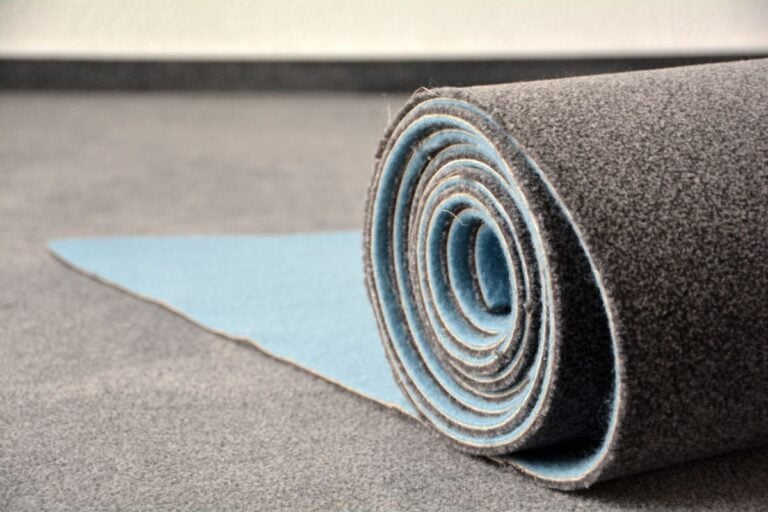 Replacing or setting up new carpeting can be a stressful and overwhelming process for any homeowner.
Perhaps pets, children, or simply years of use have left the old tapestry looking worn and stained, or you’re looking to sell your home. In this case, it’s only natural to wonder whether the highly sought-after polyester carpet would be the right choice for your space. 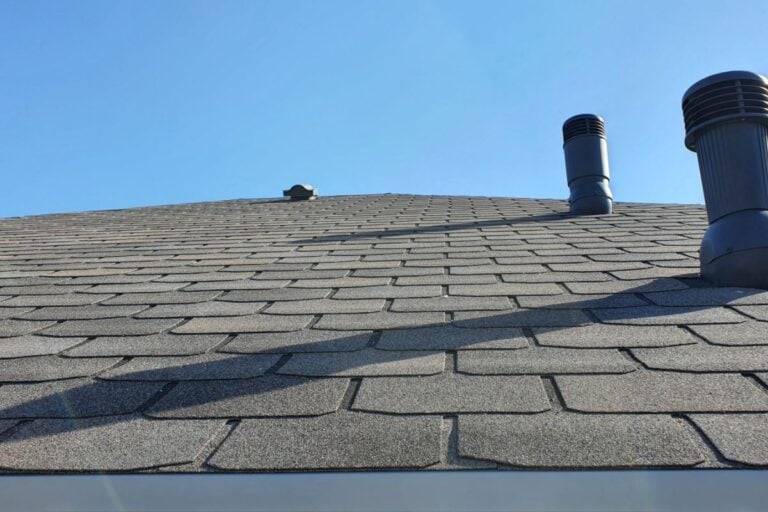 Did you know that black asphalt roof shingles absorb almost all heat radiating from the sun?
This roofing material can reach a whopping 170 degrees on a sweltering day. However, a radiant barrier can block most of that heat before it has the chance to enter your home.

An increasing number of people worldwide are moving towards a greener, more sustainable way of life. Many people choose to implement solar technology, but which is better—active or passive? 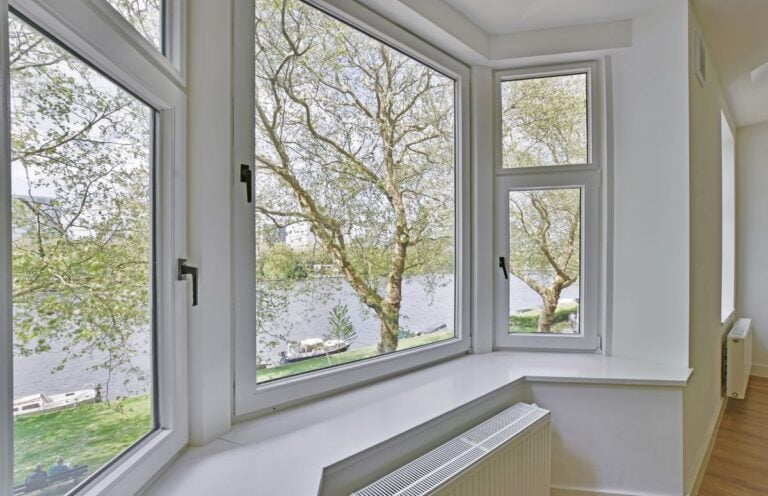