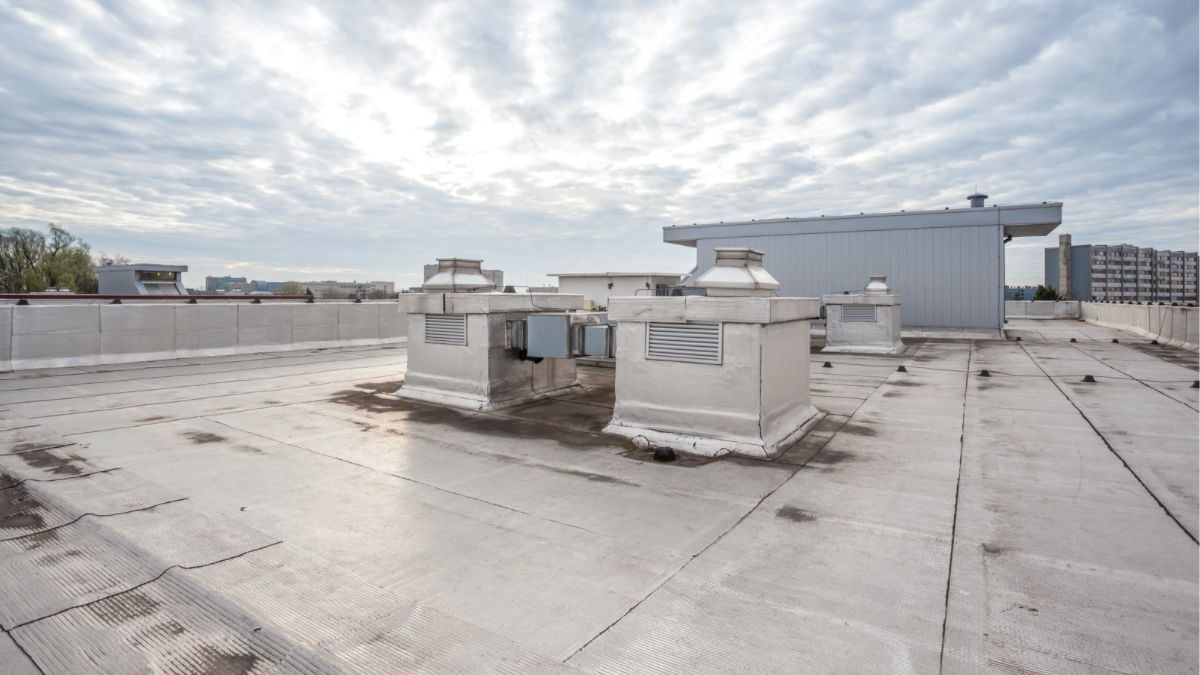 For homeowners looking to reduce the cooling costs of their home, make it more eco-friendly, or simply just have it take on a more natural aesthetic, a cool roof may be the right decision.

If you’re wondering what a cool roof is, what it costs, and if it’s worth it, you’ve come to the right place. This article will examine the differences between a traditional roof and a cool roof. We will also cover what to expect financially and the pros and cons of choosing a cool roof.

What Is a Cool Roof?

A cool roof is a specially-designed roof made of highly reflective paint, sheets, shingles, or tiles. This reflection allows sunshine to bounce off the building’s top, so the roof and the home absorb significantly less heat.

There are several variations of cool roofs. However, their primary purpose remains the same—reducing cooling costs for homes located in warm to hot climates. The cost of investing in a cool roof can potentially be very quickly worth the price of admission, as the money spent up front could pay for itself in terms of savings on cooling costs.

How Much Does a Cool Roof Cost?

The savings are more apparent when installing a new roof on a new build or replacing the roof of an existing home. The hotter your area, the more likely a cool roof is to be financially feasible. According to S. Konopacki’s publication, cool roofs in California save almost .50¢/square foot. That figure factors in the following:

Regular roofing prices range as the following, according to Fixr.com:

Paying for a Cool Roof

There are several programs available to assist homeowners in making energy-saving home improvements.

PACE allows homeowners to repay the bill as part of their property taxes, enabling homeowners to begin to reap the benefits of their new cool roof as they slowly pay off their clean energy home improvement.

Click here to find out if you prequalify for PACE.

Not all cool roofing applications are the same—there are a few different methods to choose from, depending on your needs and your home’s specifications. Cool roofs comes in three primary varieties: retrofit, re-cover and replace.

Retrofit cool roofing is a heat-reflecting material that is installed over the existing roof.

Usually, this material is a special kind of light-colored paint that you can roll over your existing roof in a day or two. Retrofitting is the most affordable version of cool roofing.

It does less to protect the preexisting roof from new water damage than the other types (though it may cover some minor leaks), but it gives the home the reflective and cooling benefits of a cool roof. In addition to cooling the roof, it also protects the existing roof from further UV damage.

This coating also makes the roof look newer, thanks to the new color it adds.

Re-covered cool roofing is a waterproof surface. This version is more costly than retrofitting but cheaper than replacement.

A single-sheet membrane, usually tile, is installed over the existing roof. The tile is glazed for an added layer of protection in tropical climates. This type of cool roof is only available for gently-sloped roofs.

For steep-sloped roofs, metal is a viable option. They are available in oven-baked, natural metallic, and granular coated surfaces.

Cool roof re-cover membranes will protect your home from further water damage and also reflect heat to keep the house cool in the summer.

Replacement cool roofing is a completely new roof that requires an all-new structure, insulation, sheeting, and an exterior protectant.

This is the most expensive version, but it also has the most significantly beneficial and long-lasting properties.

For urban (or otherwise flat or shallow-pit roof) buildings, green roofs are an option. Green roofs provide an added layer of insulation and can be used to plant a rooftop garden or be covered in native grasses, shrubs, or even trees. This roofing style is the most expensive but can create a more natural living space for residents, while significantly reducing the urban heat island effect.

Why Choose a Cool Roof Over a Traditional Roof?

According to the U.S. Department of Energy, conventional roofs can exceed temperatures of 150°F. In contrast, a cool roof in the same neighborhood with similar conditions may only reach 100°F—that’s a near 35 percent decrease in temperature!

Cool Your Home and Save You Money on Cooling Costs

These roofs can make a significant dent in air conditioning costs. They are also beneficial to unconditioned spaces in the home, especially porches, covered patios, sunrooms, and attached garages. Attics are also significantly cooler, meaning that maintenance of this area is much safer during the summer months.

If your home has ducting in the attic, especially if that ducting is prone to leaks, cool roofing is an innovative solution to reduce waste and energy costs.

Of course, a cooler attic means a more comfortable home in the summer. All of these spaces mentioned become much more bearable with an intelligently-designed cool roof.

Reducition of Your Ecological Footprint

In addition to cutting your electric costs, you’re also reducing power strain on your local power grid. For example, there is less likelihood the electrical grid will go down from overuse if you don’t need to run an air conditioner all day long to combat natural heat.

The Cool Roof Rating Council estimates that a cool roof saves homeowners anywhere from seven to fifteen percent off their total cooling costs. So if you live in a warm climate, a cool roof can be an attractive option for these reasons alone!

An inadvertent perk of using less electricity is that smaller amounts of dangerous gases and emissions are released into the environment.

These reduced emissions include:

Roofs that regularly reach high temperatures will age and deteriorate more quickly than roofs in shaded, cooler locations. As a result, cool roofs have a longer life with fewer maintenance visits needed than conventional roofs.

Additionally, cool roofs result in a cooler neighborhood, especially if your home is in a densely populated town or city.

This phenomenon called the “Heat Island Effect” describes how, due to heavy development, cities can be more than twenty degrees warmer than surrounding rural areas.

Asphalt, concrete, hot roofs, and brick buildings hold in heat; meanwhile, the assortment of cars, motors, and vents create heat. So taking hot rooftops out of the equation can slightly decrease the city’s overall summertime temperature.

Why Choose a Traditional Roof Over a Cool Roof?

In addition to a lack of heat retention, cool roofs accumulate significant levels of condensation. Luckily, you can prevent condensation through proper roof design techniques.

Clients who live in warm and wet places are advised to opt for conventional roofs. Cool roofs tend to grow mold, algae, grasses, and wild plant species. In addition, live plant growth on a rooftop is detrimental to the overall lifespan and integrity of the home and its roof.

You may want to skip a new cool roof if your home already has a suitable rooftop with significant insulation. According to Tuscon roofer Daniel Roberts, installing a cool roof over a house with ten to twelve inches of insulation will result in “negligible” energy savings.

Deciding to cover, re-cover, or replace your home with an Energy Star roof is a big decision. Whether this type of roof is right for your family depends on your goals, location, climate, budget, and roof type.

While a cool roof will helpfully reduce the amount of solar heat your home absorbs during the summer, it also reduces solar heat received during the winter, which can be an issue for some. 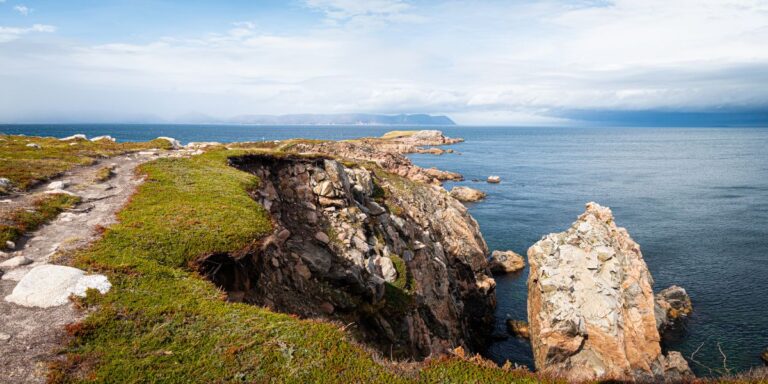 Famous for its distinct four seasons, sprawling lakes and ocean views, fantastic wine scene, lush green forests, and farmlands, Nova Scotia is home to some of the most enchanting environments and scenery.
These landscapes, paired with the area’s low cost of living and growing cities, make it one of Canada’s best places to live. And that’s why the demand for sustainable green homes in this province is higher than ever. 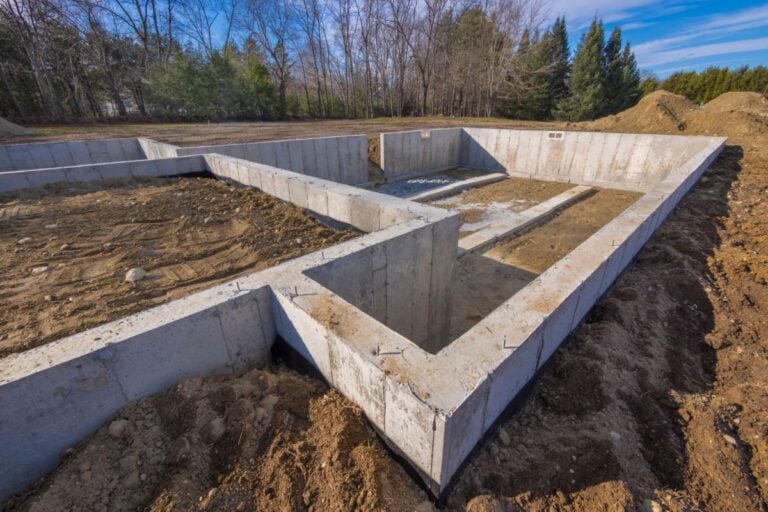 nsulated Concrete Form (ICF) is becoming quite common in the home building industry. This innovative construction material is typically made of polystyrene foam blocks with gaps in between so you can pour a concrete wall.
You can use ICF for underground homes, basements, or entire multi-story houses. Moreover, you can start at the foundation and go all the way up to the roofline. 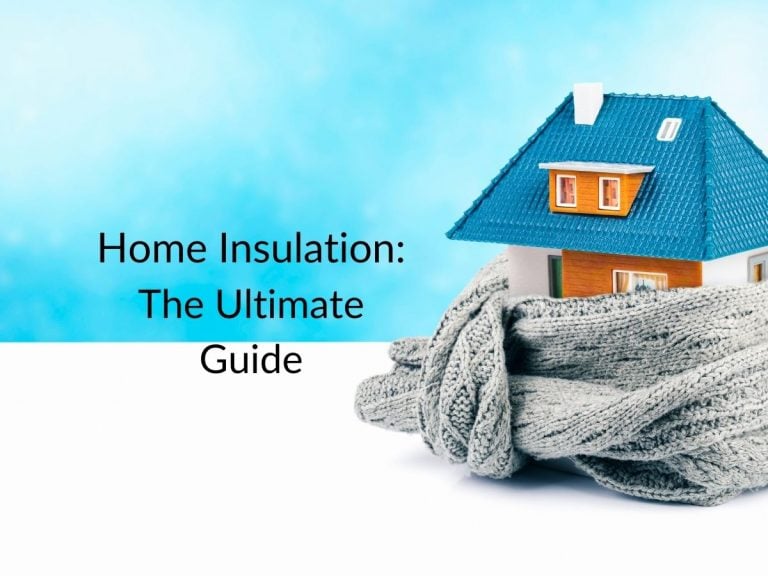 Insulation is a vital component of an energy-efficient home. We explore the many available options, explain what they are, and where they work best. 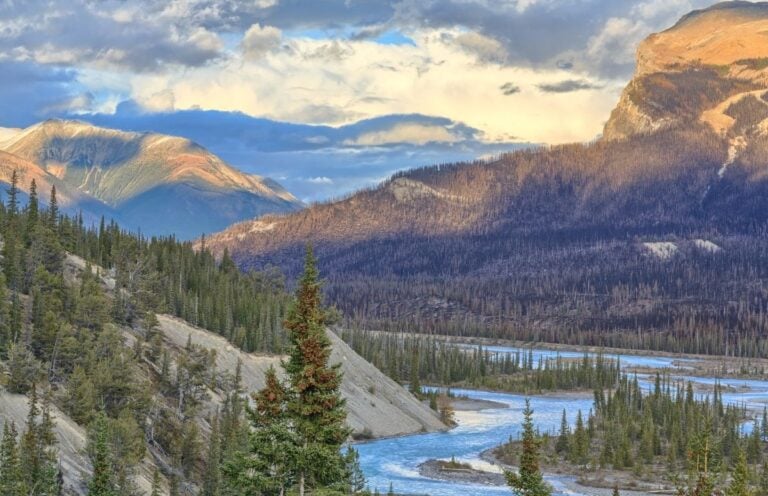 Saskatchewan offers many business opportunities for investors, and its job market is continually expanding. For this reason, it’s not uncommon for people to move there from other provinces.
While many Saskatchewan residents live in apartments in the big cities, inhabitants of smaller towns and suburban areas prefer living in full-sized modular homes. 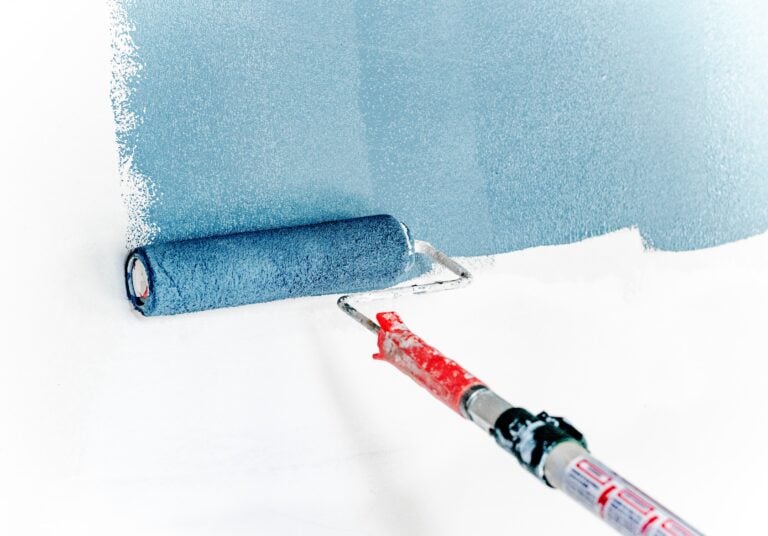 With the adverse impact of climate change already picking up momentum, the need to go green has become a defining aspect of consumerism today.
One product is often overlooked for its ability to help save the planet, all while taking care of the health and well-being of you and your loved ones. This product is eco-friendly paint. 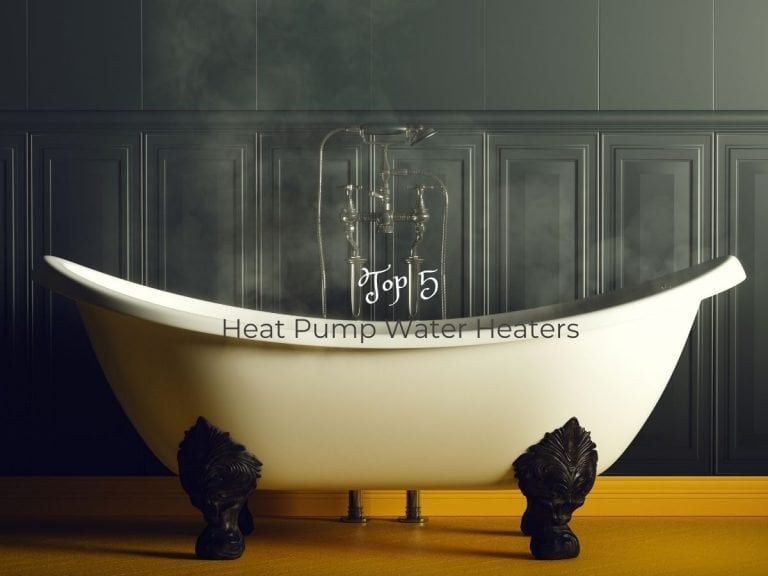 Looking for a high quality heat pump water heater that’s budget-friendly, too? Here are our top 5 picks for performance, affordability and availability.